If you’re traveling by airplane, you’re probably familiar with the feeling of being completely disconnected from your work, social life, and digital companion for many hours. Playing games on a plane is a fantastic way to pass the time on a long-haul flight.

Many online games require Internet or WiFi access but it’s impossible to play these games when you’re using your phone on airplane mode.

Are you experiencing similar issues too? There are many different types of games available for people to enjoy on planes.

In order to keep yourself entertained when traveling by plane, I have compiled a list of some best games for airplane mode that won’t need any connection at all. You’ll be able to play games offline without watching lots of ads as well.

Read this entire post until the end for the complete list of offline games for your boring flight hours and their availability.

Can You Play Games in Airplane Mode?

You can certainly play games. You may feel stressed out while plane ride or bus ride or boring train ride if you don’t engage in any type of entertainment especially when don’t have access to the Internet during a long-haul flight.

Playing games on your phone in Airplane Mode is a fun way to pass the time. Many games require internet access to play but I’ll reveal some popular and best games for airplane mode that don’t have this requirement.

Playing your favorite mobile games helps you pass your time in some beneficial and enjoyable activities.

Choose any game from among these travel games depending upon your preference. We’ll go through each game individually.

Hill climb racing is a fun game to play when you’re bored and traveling by plane. It’s a great way to use your free time. You can play this game offline.

It provides you with unique hill climbing environments challenges. You can choose from more than 29 different vehicles. Also, upgrade your vehicle by completing various challenges so that you can reach an even higher distance.

It provides you with endless stages. You can play this game on both high and low-resolution devices. In addition, you have an option to build your own vehicle with custom parts.

All in all, this game can be a perfect solution while traveling. There is an in-app purchase option as well to add extra functionality.

Do you know about the subway surfers game? If not, then let me tell you that it’s one of the most popular games out there. This game has been downloaded over 100 million times.

Its gameplay is simple, fun, and easy to learn. The game is all about running, collecting coins, and avoiding obstacles. Even though it’s a very simple idea, it still makes the game interesting and challenging to play.

You need to avoid the train coming at you. At first, you will feel a slow-moving experience but when you keep running, the game will get faster and faster. You have to keep away from the inspector and his dog who want to arrest you.

Subway Surfers has beautiful high-resolution graphics! You’ll have fun playing it if you’re bored on the airplane. There is an optional in-app purchase option available to buy different products.

Besides the mobile version, it’s also available for computer systems as well.

Sudoku is a free number puzzle game for training your brain. This game contains thousands of number games to choose from. It’s the best for both beginners and advanced players.

It will help you whether you want to relax or keep your mind active. If you wish to spend some of your time without any distraction then playing Sudoku puzzles will be an ideal choice for you. You don’t even need an Internet connection for it to work.

This comes with 10,000+ classic number games with six difficulty levels. If you’re playing it the first time, you can try easy sudoku (difficulty level) to train your brain and logical thinking.

It’s not just fun but also helps keep your brain sharp. It’s the best classic game to play during your flight for enjoyment. Sudoku also has an in-app purchase option.

Candy Crush Saga is another game from King which has been downloaded by millions of people worldwide just like subway surfers. In Candy Crush Saga, you play with delicious candies to pass puzzles so that you can move to the next level.

You have to match 3 or more candies in a row. Thousands of levels and puzzles are available in this game. Even, more puzzles are added over time to sharpen your mind.

Fruit Ninja is one of the amazing arcade games for playing with fruit! To play the simple game, you need to slice fruit without slicing bombs. It has so many stages, and they keep getting harder.

This standard game comes with three modes classic, zen, and arcade mode. You have to focus on dodging the bombs and slicing massive combos.

If you want to add some excitement to your game, equip special powerups which will increase your score dramatically. It’s one of the best console-style games which has beautiful graphics too.

In addition to these, it also allows players to compete against other ninjas in order to earn special and unique blades and dojos. This is known as Event mode where you can test your skills.

Bejewel is one of the insanely addictive puzzle games ever. With its unique strategies and action gameplay, Bejeweled offers hours of fun for players of any skill level. You’ll find endless pleasure in this addictive gem-matching game.

It has six breathtaking modes and each mode has two boosts that help you make even more matches and set even higher scores.

In this game, there’s a good chance for you to earn some cool Bejeweled badges and Game Center achievements. You’ll be able to show off your multi­faceted skills by competing against the world and your friends in Game Center leaderboards.

It has an in-app purchase option for extra awesome features. If you don’t want to use in-app purchases, you can turn them off by going into your device settings.

Minecraft is the best adventure game for those who like adventure in real life. This creative game lets players build, mine, and survive in a virtual environment. It provides you with various kinds of 3D blocks, requiring creativity from users.

With Minecraft, you can create anything from simple houses to magnificent castles. A ‘survival mode’ exists where players must acquire resources and defend against monsters.

It’s a block-based building game that has captured the imagination of millions of users around the globe. Players can do whatever they want according to their creativity.

Minecraft is the perfect adventure game for anyone who wants to escape into their own world of adventure. Its 3D graphics are amazing. Furthermore, it’s one of the top-rated games on the play store and app store.

Asphalt 8: Airborne is one of the most recent and popular racing games by Gameloft. With its huge variety of cars, tracks, and events, it offers an exciting mobile gaming experience for anyone interested in racing.

It provides more than 300 licensed vehicles for use on more than 75 tracks. This game provides offline mode as well as online mode. If you’re interested in action games, this one might be for you.

Furthermore, you can enjoy playing it with friends as well because it has a multiplayer feature. It’s an exciting game that can be enjoyed by everyone who wants an incredible racing experience.

It has attractive gorgeous graphics and a soundtrack which attract a lot of users to it. It’s one of the favorite games of users. It offers an optional in-app purchase option as well.

Temple run is also the most famous and endless running video game. It’s very simple and easy to play that allows you to control a person running through the temple by using your fingers on your mobile device’s touchscreen.

There are many traps and obstacles are placed throughout the game. The goal of the player is to pass the character safely from various kinds of obstacles and reach the end of each level as fast as possible.

If you play this game for long enough, you’ll eventually figure out that it’s one of the best games ever made.

It is a very fun game, and a great way to pass time. At the same time, it’s also one of the addictive games.

It is believed that colors have a powerful effect on the body and mind, and can be used to help relieve stress, enhance creativity. Color therapy for Adults is an application that provides coloring games on your mobile phones.

It’s one of the best coloring apps for android to play with hundreds of colors.

Colouring games are great for relaxation and provide hours of fun. They’re also good for boosting energy and reducing stress.

With this app, you can combine your creativity and imagination with different colors, palettes, shades, and textures to create your own masterpieces.

You can use it for entertainment when flying by plane.

Make your journey easy and keep yourself active if you are traveling by airplane by trying out any of the apps mentioned above. These are only a few games I listed, there are hundreds of offline games that you can play.

What game did you choose? Let us know in the comment section.

If you found this article helpful then, give your fingers a move and share this list of best games for airplane mode with your loved ones who love games. 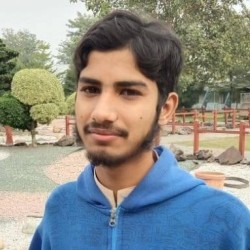 Tech Spying is the tech blog with plenty of useful tech tips and tricks. The purpose of this blog is to make the technology less tricky and easy.